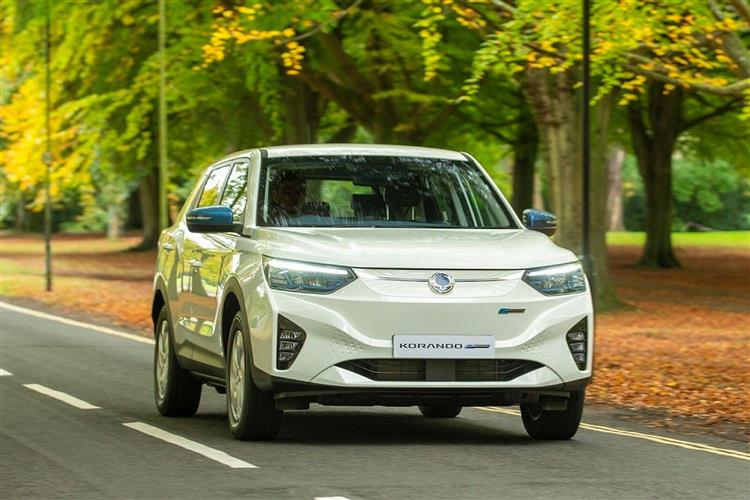 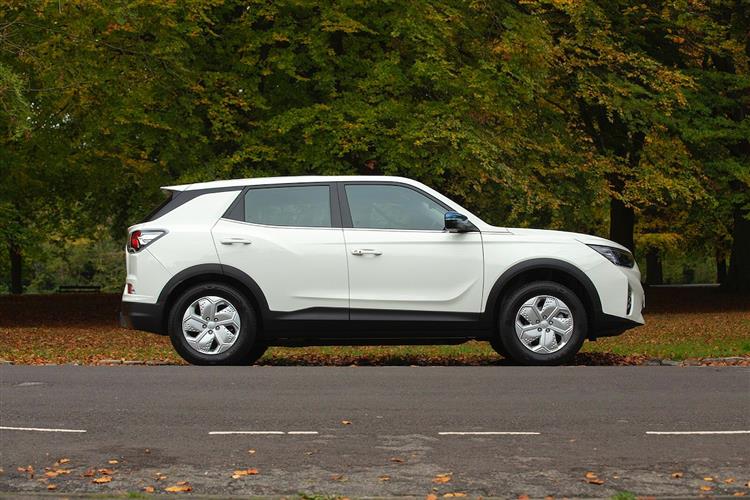 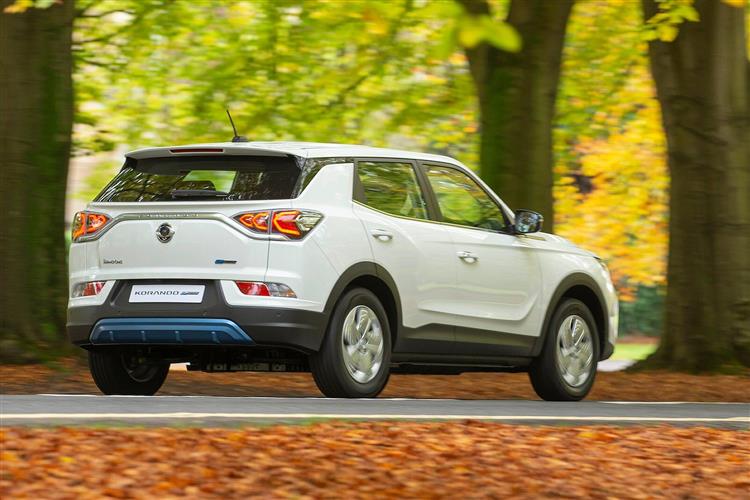 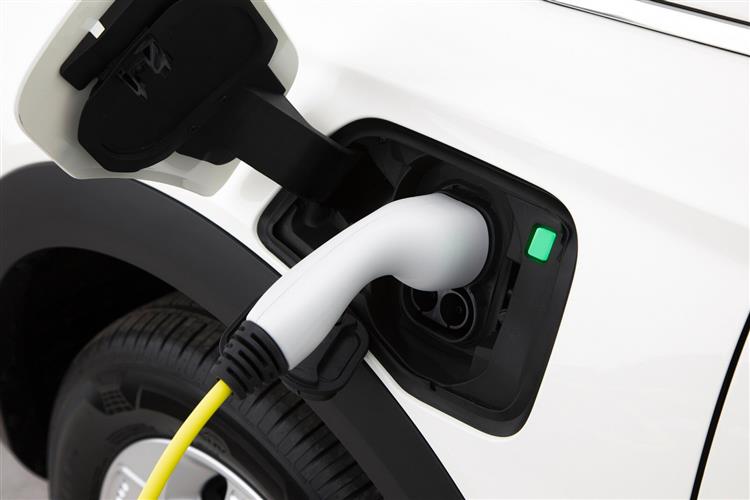 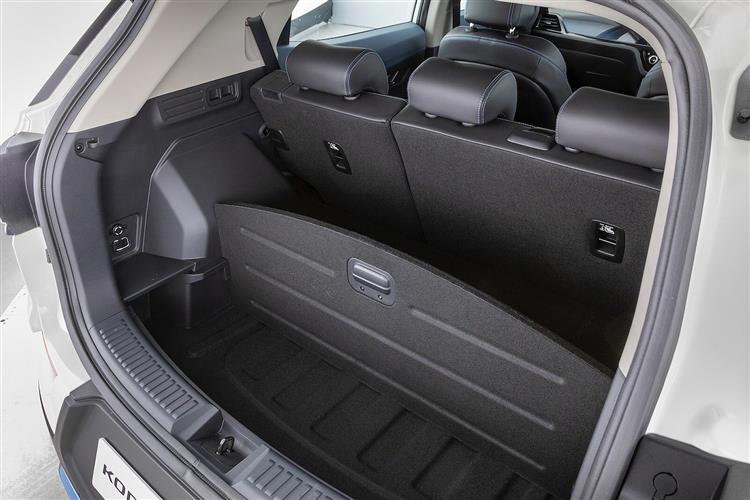 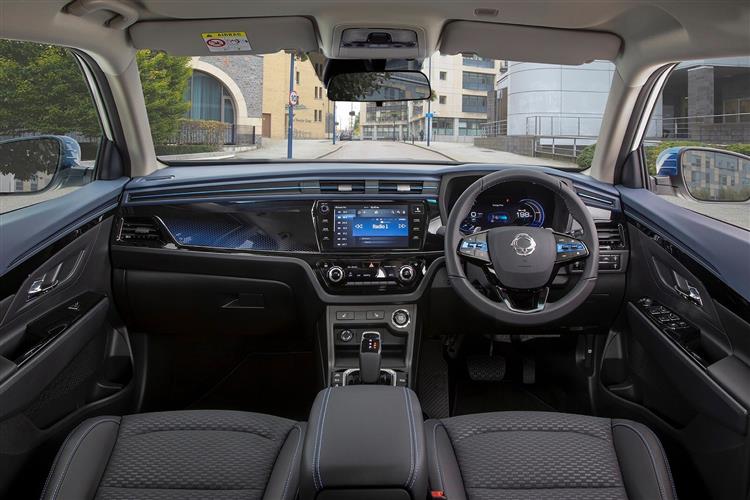 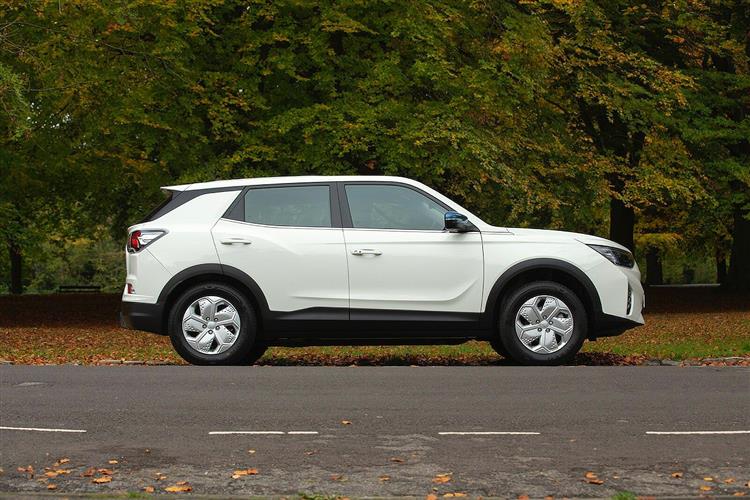 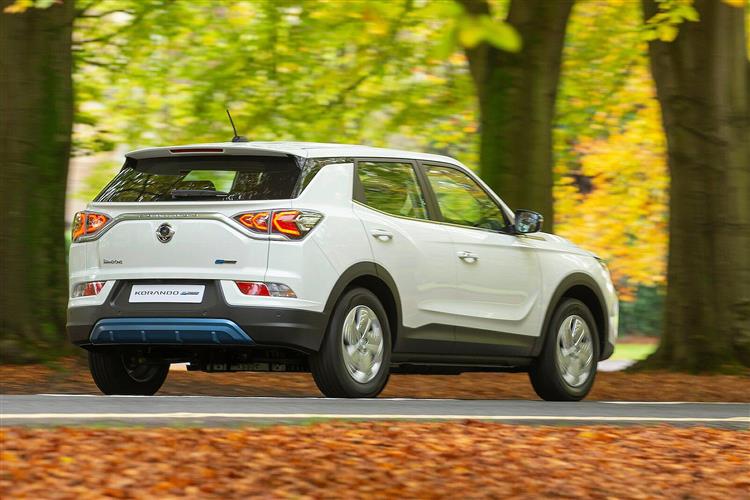 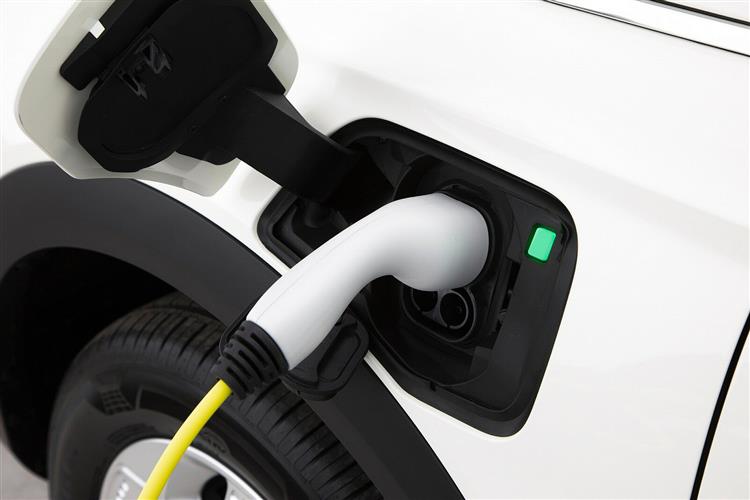 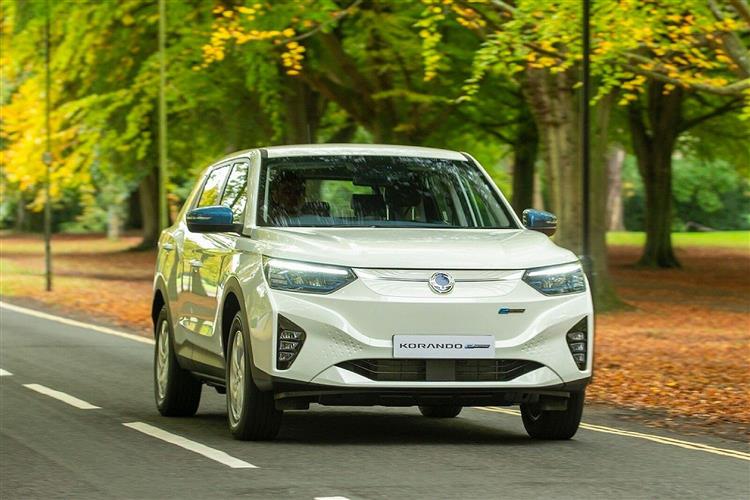 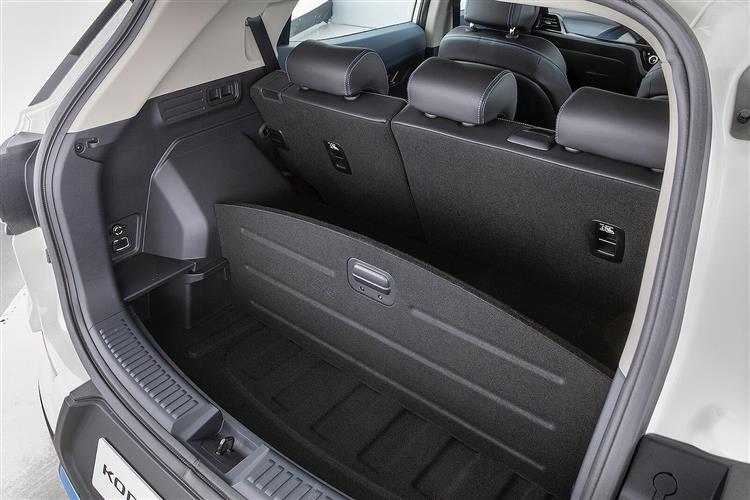 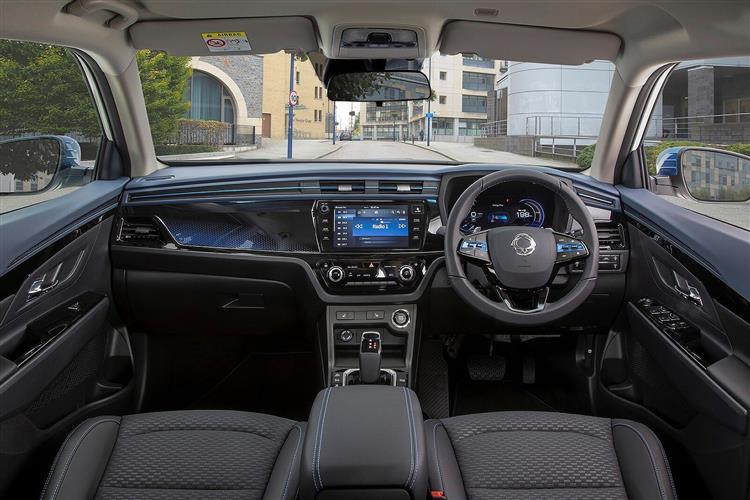 SsangYong's Korando e-Motion takes the Korean maker into the EV market for the first time. Jonathan Crouch takes a look.

Almost every month now, we're seeing developments in EV technology. What we're not seeing is retail asking prices of electric vehicles falling as quickly as family motorists might like, as the cost of creating EV technology becomes able to be spread across now greater sales numbers. If you want an EV that's credibly family-sized, you'll be doing well to find a decently specified one that's significantly under the £35,000 asking price threshold for the current £1,500 government Plug-in car grant. But that's exactly what Korean maker SsangYong aims to provide with this car, the Korando e-Motion. SsangYong hasn't electrified the entire Korando range - the thirsty 1.5-litre conventional petrol version still continues. Like that model, the e-Motion can only be had in front-driven form, which feels slightly disappointing given that the Korando model series has historically built its reputation on 4WD: provision of that extra traction would have been an additional extra selling point for the Korean maker in this segment. Still, customers in this class don't really need it, the Korando e-Motion's task being to wrest sales away from its closely priced arch-rival, the MG ZS EV, in the fight for custom from budget-orientated family folk contemplating the switch to an EV.

One electric motor drives the Korando e-Motion, situated on the front axle. It's powered by a 61.5kWh battery with an unremarkable 211 mile driving range. Like all EVs, this one feels quite rapid - though not pointlessly so: rest to 62mph takes around 9 seconds and the top speed is 97mph. A sporty drive mode is provided for quicker acceleration, but the car works best with the more languid power delivery offered in the normal setting. All the torque is, as usual with an EV, delivered at once, so on a greasy road, if you're setting off with purpose, you need to be careful not to spin the front wheels. Refinement is impressive, even for an EV - SsangYong has worked particularly hard on wind roar. The suspension is pretty well damped and doesn't clue you in to the heaviness of the powertrain beneath the floor, ironing off most ordinary bumps quite easily. Speed humps and larger pot holes catch it out though. As with most EVs, you can alter the level of brake energy recuperation using steering wheel paddles, the most aggressive setting of which provides virtually single pedal driving; ie, there's rarely any need to use the actual brake pedal, so severe is the off-throttle deceleration.

It's not difficult to recognise this e-Motion model as the EV representative in the Korando line-up. For those who don't notice the blanked off front grille, special badging and unusual 17-inch wheels, SsangYong has added blue finishing to the door mirrors and the rear bumper. And yes, you have to have it. It's all a bit more sober inside, where the only real giveaways to this car's battery status lie with the bespoke instrument cluster and angular silvered auto gearstick. The 8-inch central infotainment screen isn't very big - and doesn't include navigation with base-spec trim - which might be an issue if you're looking for charging sites with poor 'phone reception. You do get a 12.3-inch digital instrument cluster. And quite a bit more rear seat room than is offered by a rival MG ZS EV (or a rival Peugeot e-2008 come to that). This SsangYong's boot space isn't much affected by the battery pack, rated at 551-litres - which compares very favourably with the 448-litre figure of that MG ZS EV. Fold the rear seats on a Korando e-Motion and the capacity figure grows to over 1,200-litres.

The powertrain draws from a 61.5kWh battery (though only about 55kWh of it's available to use) and this, as mentioned in our 'Driving;' section, offers a WLTP-certified 211 mile driving range between charges. That puts it towards the bottom of the pack of Crossover EVs at around this price point (a slightly cheaper MG ZS EV Long Range model manages up to 273 miles). Filling up the battery from empty takes around 11 hours from a 7kW domestic wallbox. Find a 100kW rapid charger when you're out and about and you can complete a 20-80% fill in about half an hour. A heat pump comes fitted to 'Ultimate'-spec to preserve battery range in cold conditions. As with all SsangYong models, there's the peace of mind of a seven year/150,000 mile warranty. Where the Korando runs into trickier territory is in the area of residual values. With its limited dealer network and almost non-existent promotional budget, there's no getting away from the fact that public awareness of this vehicle is virtually nil. That can only have a detrimental effect on residual values which will never be as punchy as big name EVs in this segment. Some recompense comes with modest insurance ratings. Insurance is group 31D-32D.

If you've taken a look at the pricing of family-sized EVs, then taken a step back, SsangYong's Korando e-Motion aims to have your number. It takes the budget formula the market was already being offered with MG's ZS EV and builds into that a little more interior space and boot capacity. It seems unlikely that too many customers will want to stretch up to towards £38,000 for the priciest version of this car, but at about £30,000 in base form, it looks a decently priced package, particularly as the driving range out-strips that of several better-known European rivals. In future, SsangYong will bring us better EVs than this, but for the time being, the Korando e-Motion is a very decent start.

END_OF_DOCUMENT_TOKEN_TO_BE_REPLACED

"Have to give the whole team at Silverstone a massive 5 stars ( my wife would have given them 6 stars for having to deal with me :-) ) From start to finish a truly professional service for the three cars that myself and my colleges chose for company cars, working with Tom and Michelle has been a pleasure, speed of response to questions has been quick and precise. Thank you and would defiantly recommend Silverstone for your leasing partner."

"I have used Silverstone Fleet Management for the last few years for all our company cars and I will continue to do so as the service is very good, Aby always answers our questions and never minds making changes to quotes until we are happy with the options / pricing, once it comes to ordering the vehicles the process is seamless. I would not hesitate to recommend Silverstone Fleet."