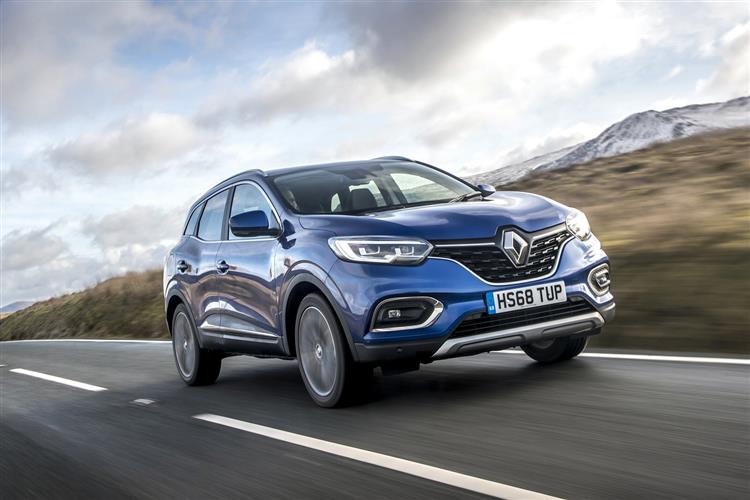 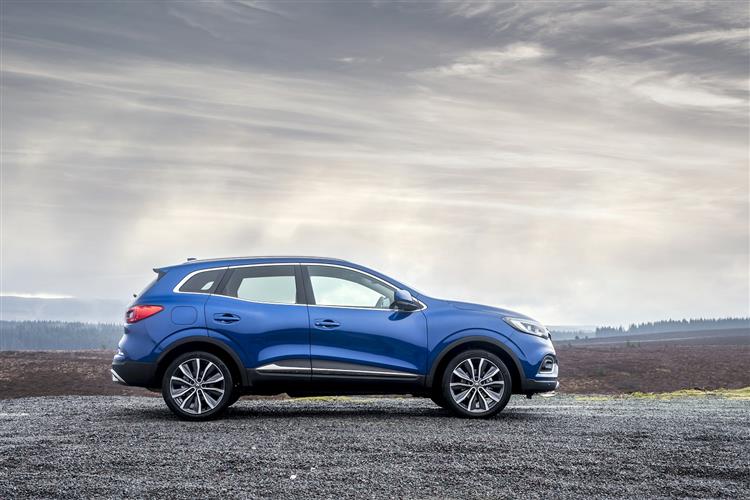 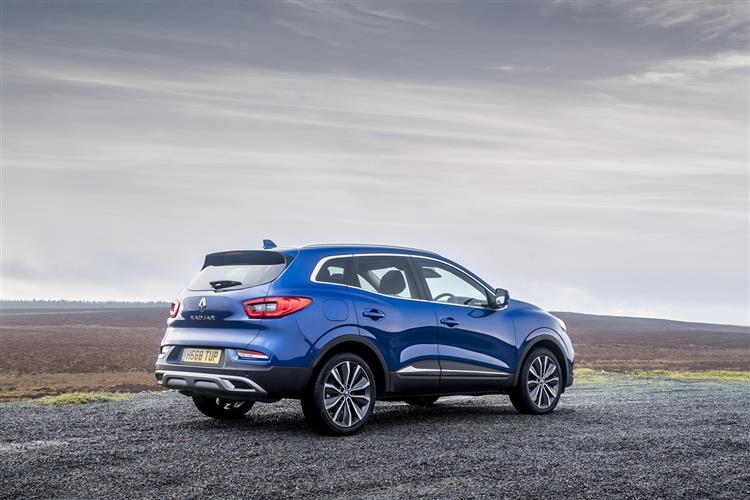 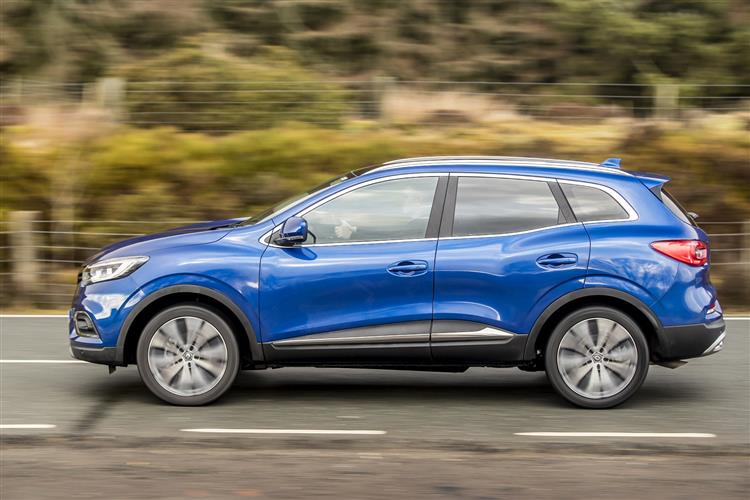 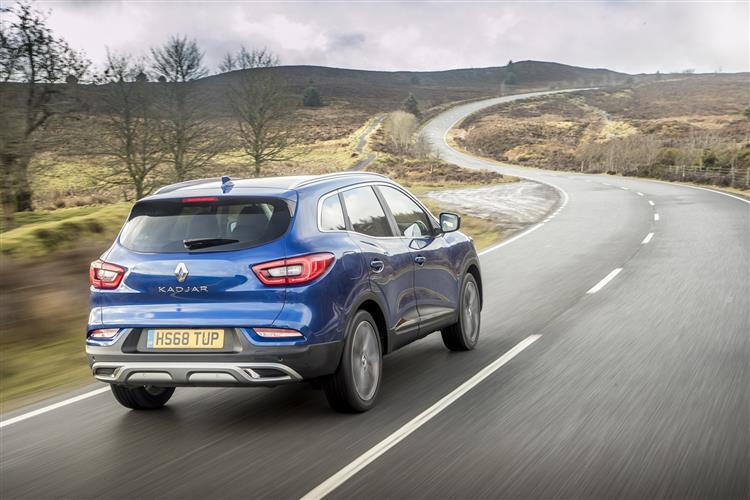 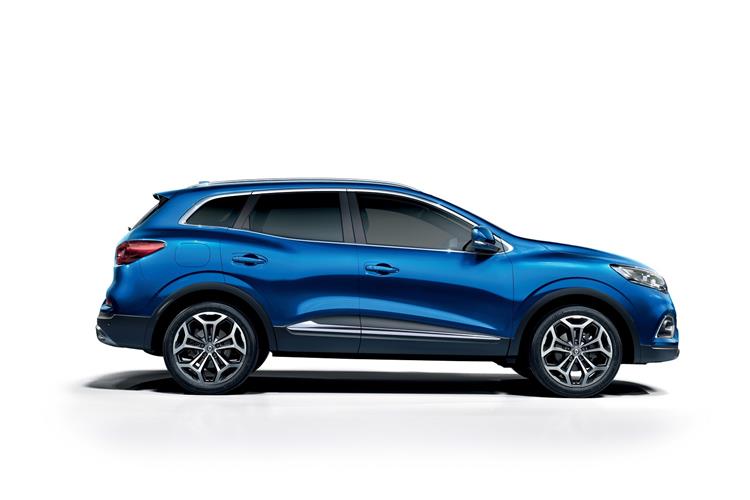 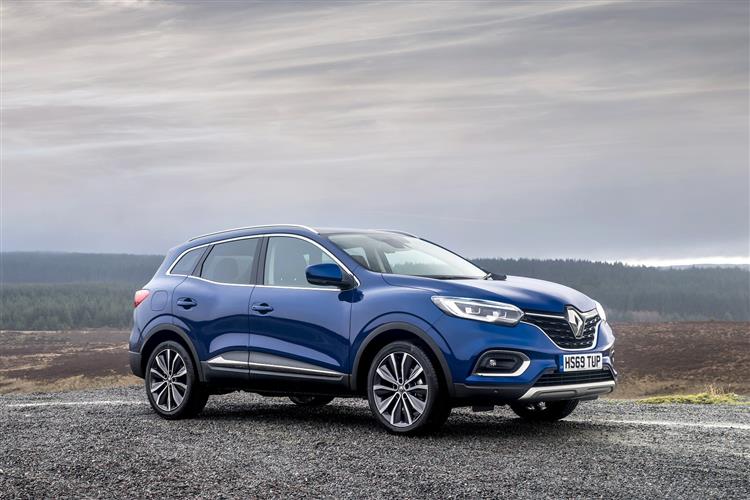 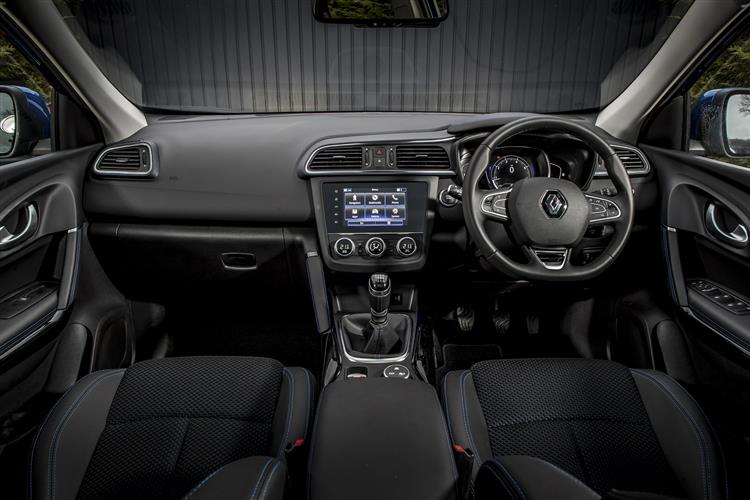 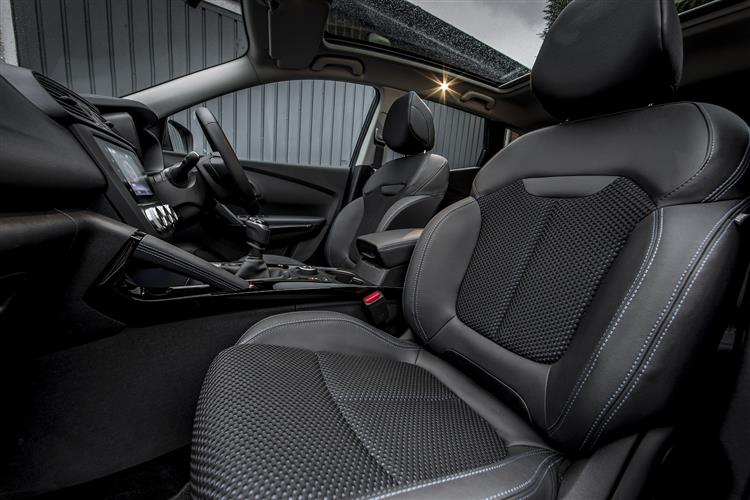 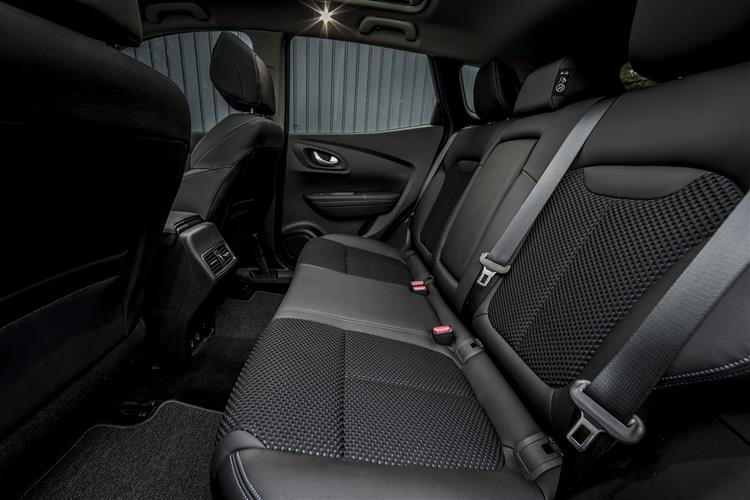 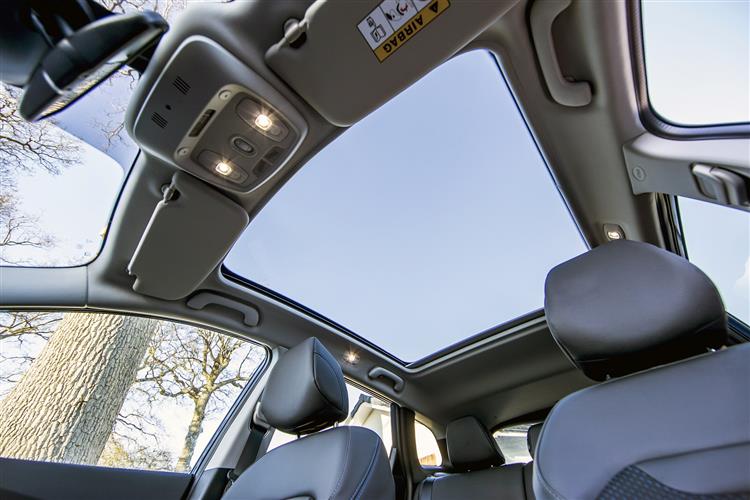 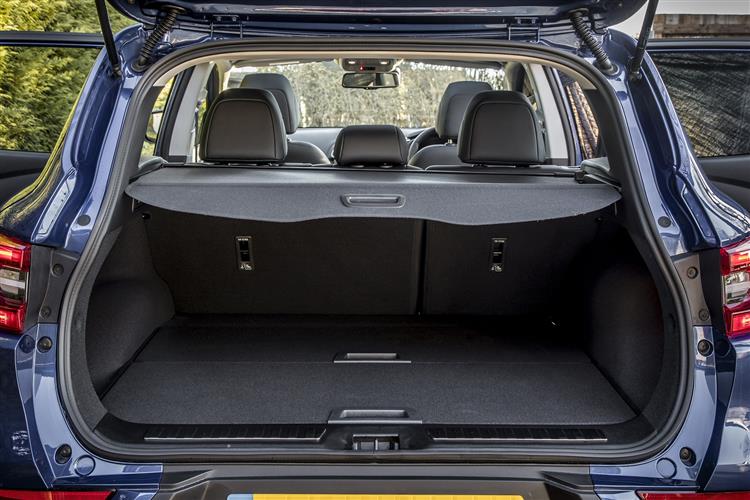 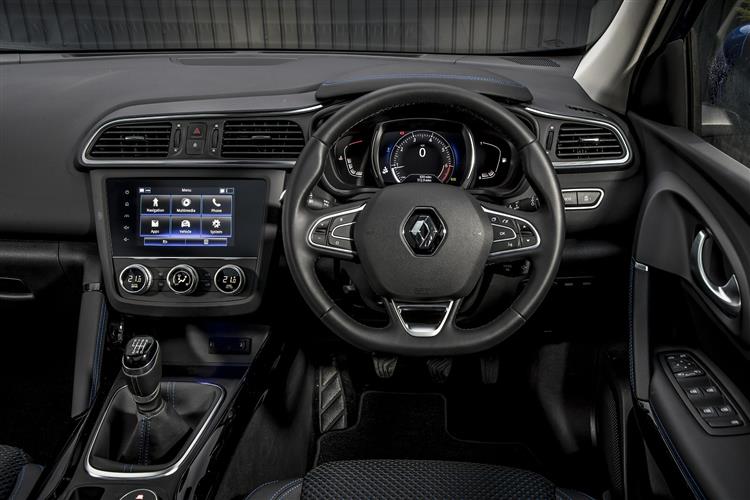 Renault's Kadjar mid-sized SUV is the big brother to the company's Captur model and has been usefully improved in this revised form. Jonathan Crouch checks it out.

That name first. That had us all guessing. North African tribe? Middle Eastern trade wind? Wrong and wrong. Apparently it's one of those portmanteau French words where 'Kad' is inspired by the world 'quad' (the casual term for a four-wheeled all-terrain vehicle) and 'Jar' is a reference to the French words 'agile' and 'jaillir,' which means to 'emerge quickly'. Still, this is the crew who brought us Kangoos and Twizys, so perhaps it's best not to linger. It's pretty easy to position just what this car is though. Big brother to the smaller Captur crossover, it's spun off the same platform as alliance partner Nissan's huge-selling Qashqai. Renault reckons there's enough room in the market to go poaching sales from the likes of Volkswagen, Kia and Toyota rather than merely cannibalise Qashqai sales. Let's take a look and see if they're still onto something with this revised model.

There are now just two engines on offer. The first unit is the one you might be primarily drawn to given the current zeitgeist, a 1.3-litre four cylinder Tce petrol unit putting out 140hp. This powerplant is a decent improvement on its 1.2-litre predecessor and develops its pulling power from low down, which should make town driving easier. Rest to 62mph in a Tce 140 derivative takes 10.4s en route to 126mph - or 9.6s if you opt for the extra-cost EDC automatic version. If you fancy a diesel, you'll be directed towards a 1.5-litre Blue dCi unit offering either 115hp. Again, there's an EDC automatic option. A manual 1.5 dCi 115 variant manages 62mph from rest in 11.7s en route to 117mph. As before, the basic suspension set-up (like virtually all the engineering) is carried over from this model's cousin, the Nissan Qashqai, albeit with some Renault-specific tuning. It makes a Kadjar manoeuvrable in town, with a tight 10.72m turning circle, and the driving position has been designed to mirror that of a typical saloon, rather than a high-set 4x4. This model is now front-wheel drive only, but all versions are fitted with an 'Extended Grip' system, which is claimed to enhance grip on low-traction surfaces. A reasonably high 19cm ground clearance is loftier than some rivals, while the 'GT Line' model's front and rear skid plates will help if the 18 degree approach and 25 degree departure angles prove insufficient.

Unlike you happen to be a Renault sales person or an owner of the original version of this car, you'll struggle to notice any changes made to the exterior. So, as before, the Kadjar looks like a scaled-up version of Renault's smaller Captur SUV - which is no bad thing. Of more importance is the news that the interior of this car has been treated to a much-needed re-fettling. The fascia has been given a new 7.0-inch centre-dash touchscreen that's a big improvement on what was offered before. There are smarter instrument cluster displays too. Otherwise, things are much as before, with an underlying structure shared with this model's Renault Alliance cousin, the Nissan Qashqai. It's slightly more spacious in the back than that car mind you. And the boot is a useful 42-litres bigger than a Qashqai's at 472-litres to the tonneau cover. You get handles that drop the rear seats in their 60/40 split, an organiser that prevents your shopping spilling all over the boot when you corner and a split level load floor. There's also 30-litres of oddments storage around the cabin and the front passenger seat can even be folded to use as an impromptu table.

As we've said, the 1.3-litre petrol and 1.5-litre diesel engines that feature in the Kadjar are the same as those used by the similar Qashqai - and of course get much the same excellent efficiency figures. The 1.5-litre dCi diesel unit is the engine to choose if you feel that fuel station pasties and chocolate bars are sabotaging your fitness regime. This gets 65.7 miles per gallon and 134g/km of CO2. Go for the petrol 1.3-litre Tce 140 variant and you'll manage 134g/km of CO2 and 47.9mpg on the combined cycle. All versions provide the peace of mind of Renault's 4+ warranty and assistance package. The car is protected against defects recognised by Renault for four years or 100,000 miles (first two years have no mileage limit). In the event of a breakdown, Renault provides emergency roadside repairs or towing to the nearest dealer 24/7 every day of the year, plus three years' European cover. There is also a three-year paint warranty and 12 years' cover against corrosion. Servicing is required once a year or every 18,000 miles.

There are advantages to turning up late to any party and the Kadjar has made the very most of them, especially in this improved form. Building on the market credibility the brand has already earned with its smaller Captur Crossover model, it takes pretty much everything that's good about the segment-leading Nissan Qashqai and clothes those elements in a sleek, slightly more spacious package that's a little more affordably priced. Other competitors aren't as easy on the eye and nearly all struggle to match this Renault when it comes to issues like running costs and practicality. This Renault may not be the 'ultimate urban adventurer' the ads claim, but it's the kind of car that really could add a more appealing dimension to family travel.