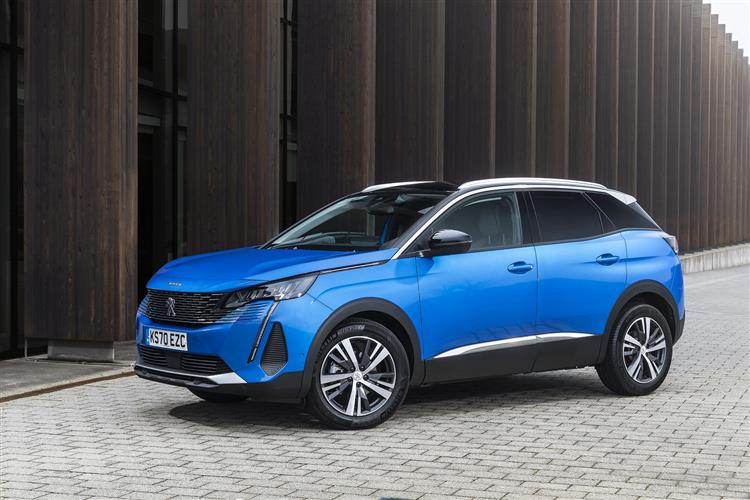 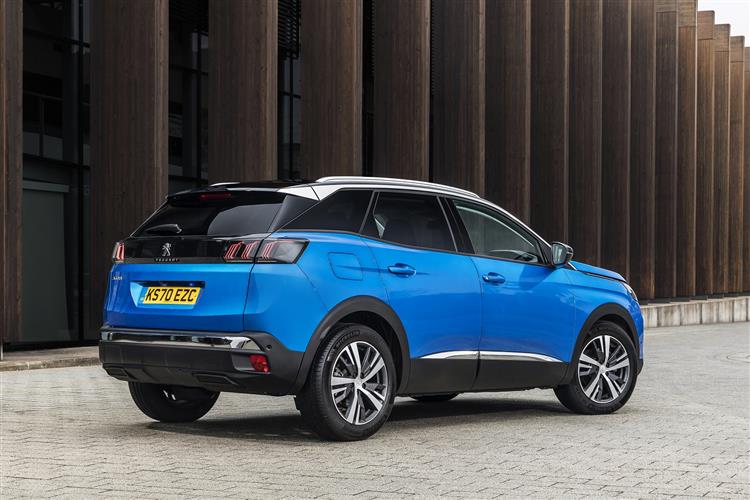 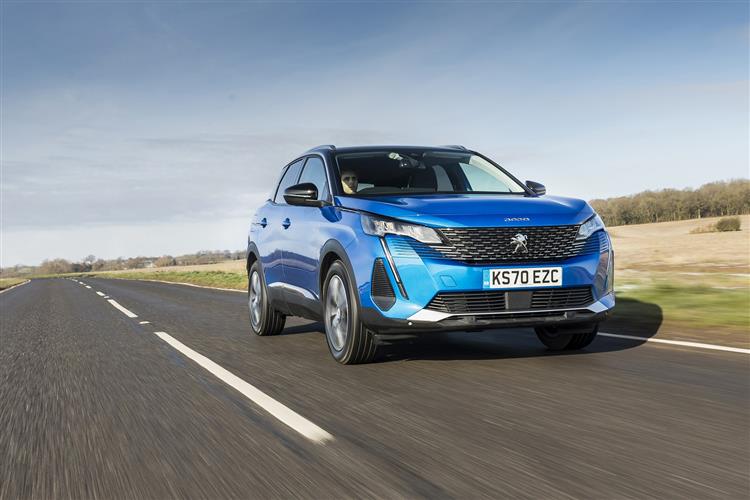 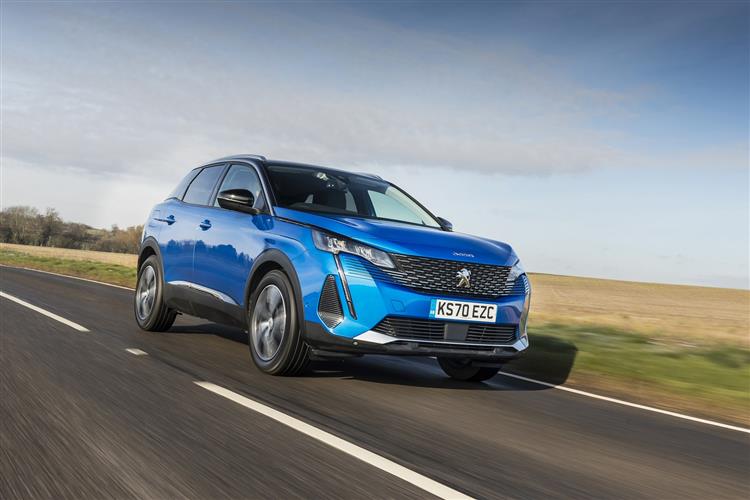 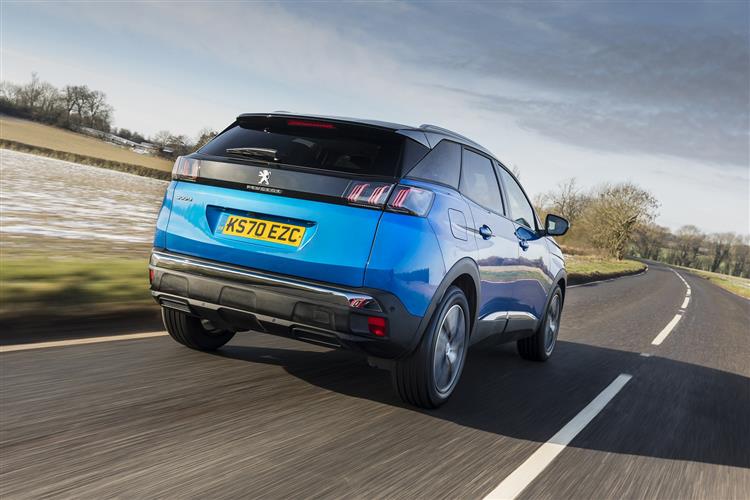 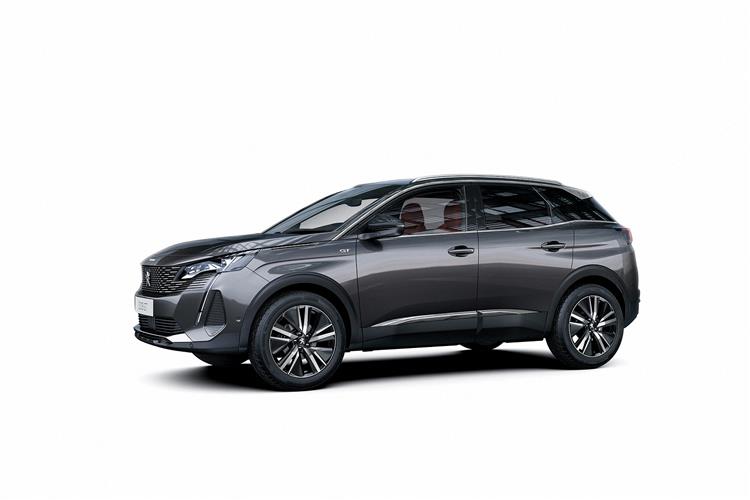 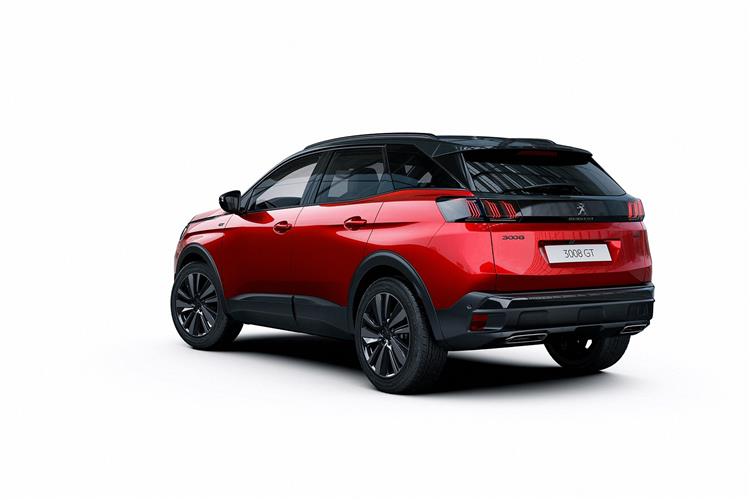 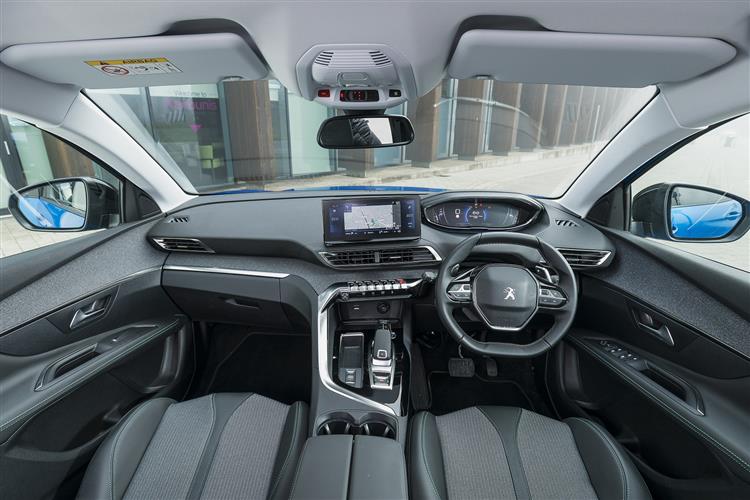 This lightly updated version of the second generation Peugeot 3008 continues to be an appealing option for family buyers in the mid-sized SUV sector. Jonathan Crouch takes a look.

Any car maker wanting to develop, build and sell a Crossover SUV in today's crowded market knows that the product concerned is really going to have to stand out. There are, after all, so many brands jostling for space in this segment. Has this improved version of Peugeot's second generation 3008 model got what it takes? This 3008 slots into the middle of Peugeot's SUV line-up, just above the supermini-based 2008 and just below the larger and more luxurious seven-seat 5008. Wheras the first generation 3008 competed directly against the most affordable Nissan Qashqai and SEAT Ateca-shaped mid-suzed SUVs, this MK2 model, first launched in 2017, was moved a little more up-market to compete with slightly larger and more sophisticated mid-sized models like Volkswagen's Tiguan, Ford's Kuga and the Mazda CX-5. It shares its EMP2 chassis and engineering with the PSA Group's other mid-sized SUVs, the Citroen C5 Aircross, the Vauxhall Grandland X and the DS 7 Crossback.

Under the skin, most of the mechanicals are shared with the French maker's 308 family hatch, including the sophisticated EMP2 platform, which means that, as ever, the 3008 is built around a front wheel drive platform. The engine line-up is carried over from other models in the brand's range. That means the majority of customers will continue to choose the 130bhp three cylinder 1.2-litre PureTech petrol powerplant, offered with either manual or automatic transmission. There's also an auto-only 1.6-litre PureTech 180hp petrol unit. And a 1.5-litre BlueHDi diesel with 130hp, also only available with the EAT8 auto. Peugeot can also offer you a pair of plug-in 'HYBRID' versions which use a 1.6-litre petrol turbo engine mated to an 80kW electric motor, the resulting package offering a combined total output of 225hp in '225 e-EAT8' form - or 300bhp in the case of the top 'HYBRID4 300 e-EAT8' version, the only variant in the range with 4WD. The electrified driving range varies between 34-36 miles. On the move, the compact steering wheel allows for wrist-flick direction changes. If the development team had been able to give the car a little more steering feel, we might even have called it quite fun to drive. And it's still one of the best-riding Crossovers of its kind.

This second generation 3008 was already a much sleeker-looking thing than its predecessor and the looks have been further sharpened here. Restyled headlights flank a smarter frameless grille, while gloss black side scoops and a painted treadplate are integrated within a fresh bumper design. At just 4,450mm in length, this remains one of the more compact models in its segment, yet very class-competitive interior dimensions have kept the cabin feeling acceptably spacious, as you'll discover when you take a seat behind the wheel. Here, as usual with Peugeot's i-Cockpit design, you're required to view the instrument binnacle over the rim of the usual small steering wheel, rather than through its spokes, the binnacle in question being of the virtual digital kind, with traditional gauges replaced by a big 12.3-inch screen. A further 10-inch screen on the centre stack comes with seven elegant piano 'toggle switches' providing direct access to main control functions, including the radio, Connected 3D Navigation and vehicle settings. Plusher models incorporate into this display an 'Amplify' option that means you can quickly change things like ambient lighting and music settings - and even add in cabin fragrances and massaging seat intensity. Two adults can be comfortably accomodated in the rear; three would be a bit of a squash. Luggage space is more generous than the external dimensions might suggest - rated at 520-litres. Fold the second row of seats flat and this results in a total luggage capacity of 1580-litres, one of the largest and most versatile load capacities in the segment. The folding bench seat has a 2/3 - 1/3 'Magic Flat' capability to optimise loading with a flat floor. The very original adaptable moving boot floor, initiated on the original 3008, has been evolved with two positions to allow the optimisation of boot space and removable side-panels that can be affixed to the side boot trim.

Prices generally sit in the £27,000 to £39,000 bracket, though the HYBRID plug-in variants don't start until you get to around £37,000 and most of them are well over £40,000. In other words, Peugeot certainly isn't shy about charging for this car. Most 3008 sales will continue to be made at well under the £35,000 price point though and there are three main trim levels - 'Active', 'Allure' and 'GT', each built upon by an intermediate level called 'Premium'. Whichever variant you decide upon, equipment levels are pretty complete. Connectivity is taken care of by facilities like MirrorScreen smartphone linking, induction Smartphone recharging and 3D connected navigation with TomTom traffic reports. TomTom connectivity also delivers information that could be essential to your journey on things like local weather, car-parks and the location of service stations. There's also the Peugeot Connect SOS & Assistance system that'll automatically alert the emergency services in the event of an accident. As for safety, Peugeot is offering what it calls 'Active Safety Brake and Distance Alert', a system that combines autonomous braking with a lane departure warning system. There's also a Driver Alert Warning function which will warn you if the car notices fatigue in your driving reactions. Other systems include Automatic High Beam Assistance, to automatically switch between high beam and low beam depending on the lighting conditions and oncoming traffic; Speed Sign Detection; Adaptive Cruise Control with a Stop function; an Active Blind Spot Monitoring System; and Park Assist, which allows the vehicle to park itself with minimum input from the driver. There are also useful 'Visiopark' all-round camera view systems if you want them.

Peugeot's BlueHDi diesel engines have already proved themselves to be paragons of cleanliness and frugality in the brand's other models and that's carried forward here. This second generation 3008 design's lighter weight and sleeker bodywork also helps, plus, as you would expect, there's an 'S&S' engine stop & start system to cut the powerplant when you don't need it, stuck at the lights or waiting in traffic. Let's get to the WLTP figures. The BlueHDi 130 diesel auto variant manages up to 56.3mpg and up to 136g/km of CO2. Even if you go for the PureTech 1.2-litre petrol unit, you'll still be getting up to 47.2mpg on the combined cycle and up to 146g/km of CO2 from the manual model. For the 1.6 PureTech auto, it's up to 39.6mpg on the combined cycle and up to 165g/km of CO2. For really frugal running cost returns though, you'll need one of the clever HYBRID plug-in variants. These use an 11.8kWh battery which can be fully charged in under two hours using a standard 7kW Wallbox. Once that's done, an all-electric WLTP-rated driving range of between 34-36 miles is possible. Even better news lies with the low WLTP-rated CO2 readings and combined cycle fuel readings generated by these plug-in models; up to 30g/km and 222.3mpg for the front wheel drive 225hp HYBRID; and up to 29g/km and 235.4mpg for the 4WD HYBRID4 variant. Servicing on most 3008 models is needed every year or every 12,500 miles and the cost of garage visits should be affordable too, though Peugeot's fixed-price maintenance package (there's a choice of three, four or five-year plans) is a touch more expensive than rival schemes. You won't have to worry about that if you're buying on finance using Peugeot's attractive 'Just Add Fuel' scheme: this wraps up all your monthly costs in one easy payment, so as the name suggests, your only other cost will lie in fuel.

A car like this is a lifestyle choice, which means that it needs to be able to change aspects of your motoring lifestyle; the atmosphere you drive in; the way you can use the cabin instruments; the kind of mobility choices you can make at journey's end. A 3008 makes a difference in all these areas in a way that no other car in this class can. Of course, it also needs to get the basics right too. As before, this is one of the most spacious and efficient cars in its segment. And there are shades of real premium quality inside. As for the drawbacks, well Peugeot certainly isn't shy in charging for it, the diesel engine can be a little noisy when pushed and other models in the sector still handle better - though few of these ride the bumps as well. In summary, this remains a very sophisticated kind of compact SUV. Crossovers, it seems, have moved on. To find out how far, try driving one of these.