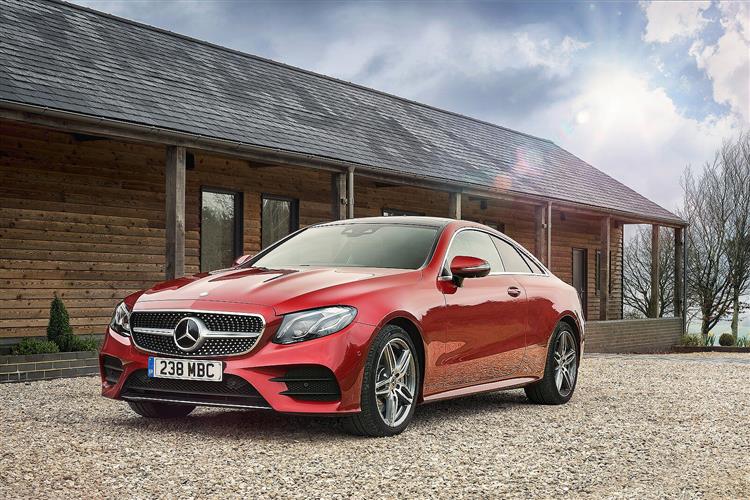 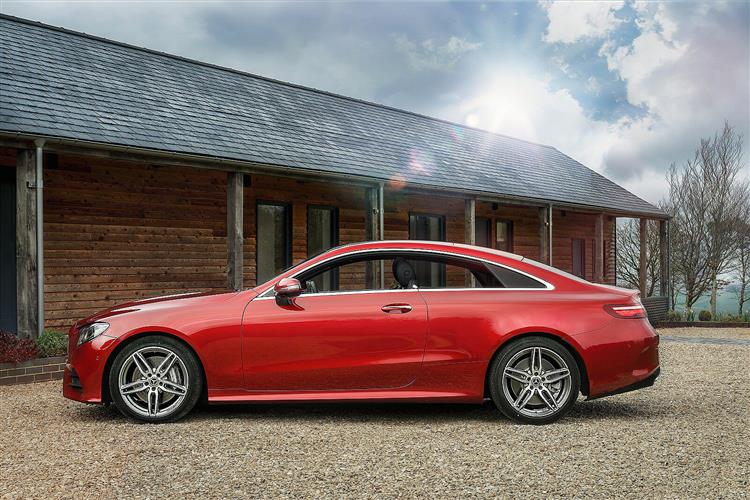 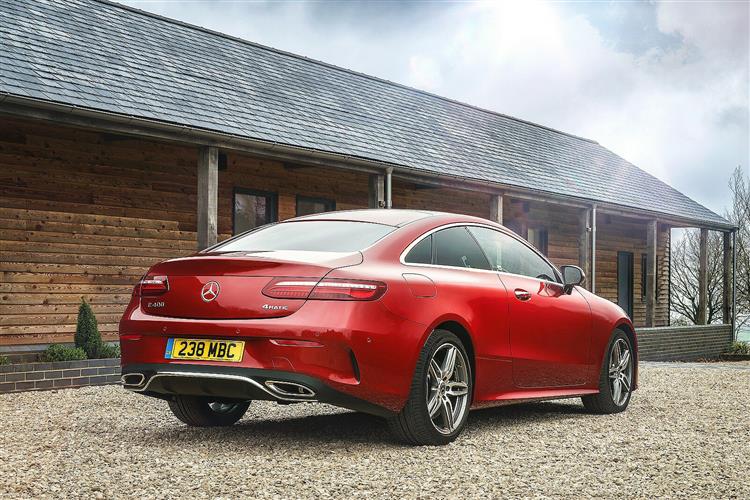 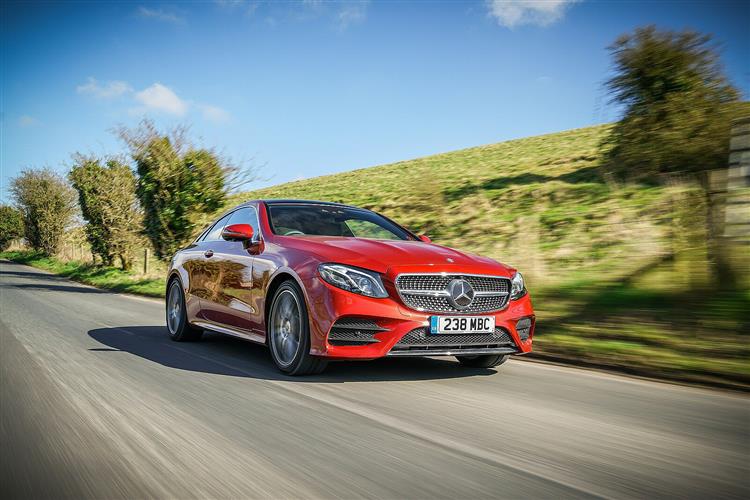 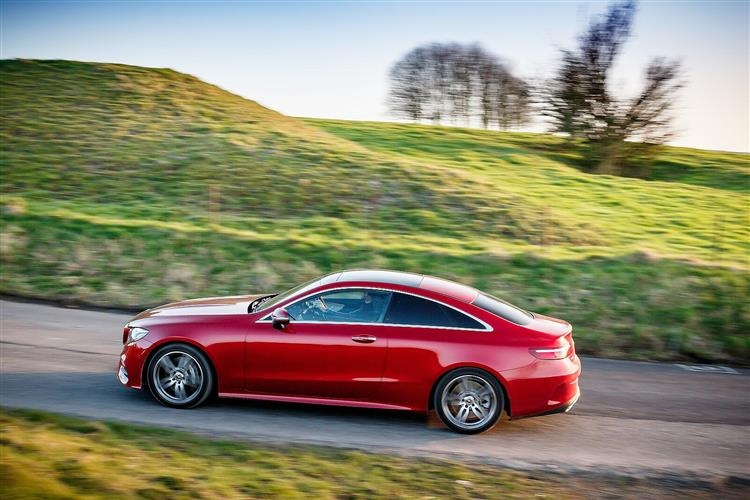 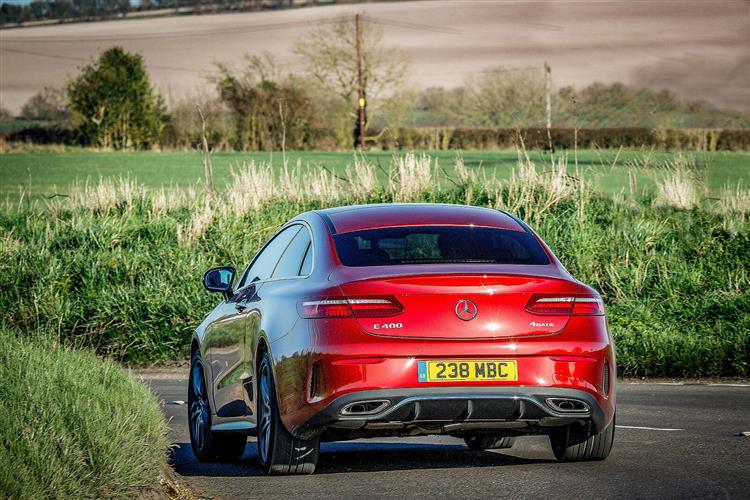 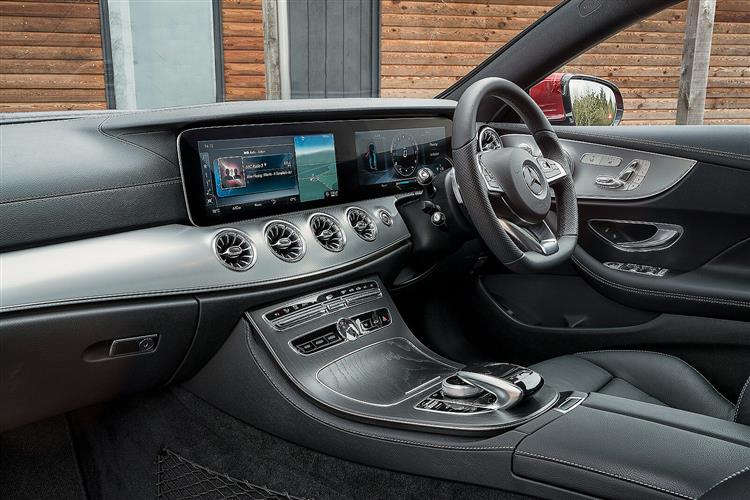 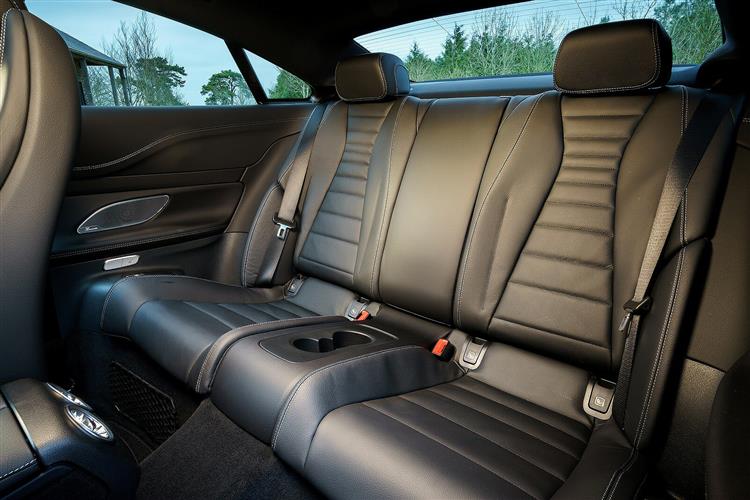 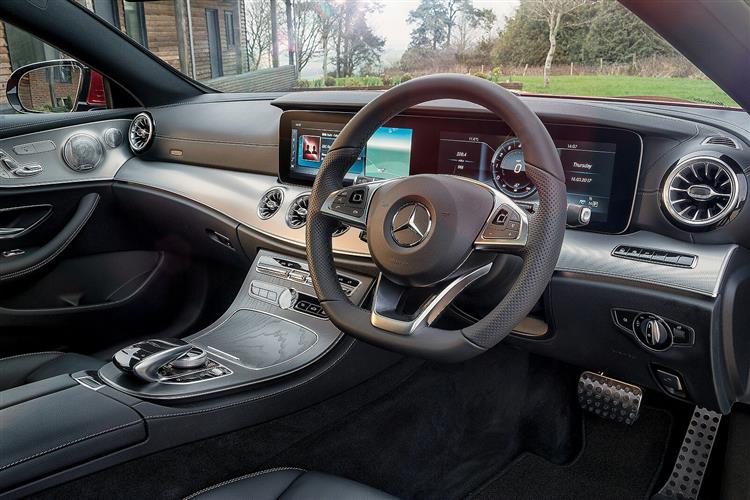 The sixth generation Mercedes E-Class Coupe launched in 2017 proved to be sleeker and more stylish than ever, this 'C238'-series model dialling up the desirability and aiming to offer a slightly larger, more sophisticated and arguably more prestigious approach to Executive coupe motoring than obvious competitors. It did so with a more efficient engine for the volume version, plus astonishing technology and comfort aimed at making likely buyers question the need for a larger, more expensive full-Luxury segment coupe model.

The E-Class Coupe. It's the kind of car that Mercedes does very well: a luxury coupe with a prestigious badge that rewards you for a lifetime's endeavour without necessarily needing a lottery win. Here's the sixth generation 'C238'-series version launched in 2017. No other brand can replicate this recipe in quite the same way - and no other brand has a car quite like the E-Class Coupe. Yes, the same kind of budget would buy you better versions of the BMW 4 Series Coupe or the Audi A5 Coupe from this period, but these cars don't have the GT grandeur of this E-Class. And anyway, they're separately targeted by Mercedes' C-Class Coupe model. This slightly larger E-Class Coupe has a model history going back half a century. Its original ancestor, the Paul Bracq-designed W114 'Stroke 8' Coupe, was unveiled in 1968 and further model series followed, for a while using 'CLK' branding. The CLK variants were based on relatively compact Mercedes C-Class underpinnings, as was the direct predecessor to this design, the first modern-era E-Class Coupe, launched in 2009. This 'C238' version though, shared its proper executive-sized platform with the tenth generation E-Class saloon - which made all the difference. It proved to be a significantly bigger car than the previous model, both inside and out, and got a raft of fresh technology that the old car couldn't have dreamed of providing. Probably the most significant addition was the all-new 2.0-litre four cylinder diesel powerplant that the vast majority of customers for this variant went on to choose. And there was plenty else that was new to this model line; 4WD, air suspension, all-new infotainment technology, sophisticated safety systems and cutting-edge assistance features that allowed owners to take a step closer to fully autonomous driving. Plus Mercedes put greater effort into giving this variant a sportier feel than the saloon it's based upon. This model sold until mid-2020, when it was significantly facelifted and mild hybrid engine tech added. It's the pre-facelift 2017-2020-era version though, that we're looking at here as a used buy.

For half a century, there's been a mid-range coupe in the Mercedes line-up and this stylish sixth generation E-Class Coupe is likely to remain longer in the memory than most. The most elegant touch is one we particularly like, the pillar-less side profile that references the Mercedes W114 'Stroke 8' of 1968, the coupe recognised as the originator of this model line. The absence of this central bar together with the frameless window design means that with everything opened up (ie. all the side windows down), you get a wonderful sense of airy freedom that on the move is further enhanced if you've a car whose original owner also selected the optional panoramic glass sunroof. Take a seat inside and Mercedes' now traditional 'belt butler' hands you your seatbelt over your shoulder on an extending arm, a nice little touch that really sets the tone for this car. Take a look around and you'll find that, as expected, apart from a few extra trimming panels, the basic architecture of the cabin is shared with the E-Class Saloon, the only really unique difference being the more distinctive air vents - there are no fewer than four of them in the centre of the fascia, all with styling that's supposed to echo the look of a turbine engine. The other main cabin talking point is this double-screen instrument panel which was standard on six cylinder models but optional on four cylinder variants. It combines a 12.3-inch virtual instrument display with a second centre-dash 'COMMAND Online' monitor of the same size, both screens fitted into a single frame. Once you're in the back, there are certainly signs of improvement over the previous generation model. The 113mm increase in wheelbase does indeed translate into extra stretching space - there's 74mm more knee room. Plus thanks to 74mm of body width, there's 34mm more space for your shoulders. And boot space? Well you'd expect that this sixth generation model's 123mm of extra body length would have provided for a larger boot in this 'C238'-series car. Actually, when you lift the lid you find that the reverse is true, there being actually 25-litres less than there was before, the total now being 425-litres. Should you want to carry longer items, the split-folding rear seat has two larger outer sections and a narrower middle portion that's ideal for pushing through skis or golf clubs.

What to Look For

Most E-Class Coupe (C238-series) owners in our survey were satisfied, but inevitably, there were some who'd experienced problems. It's the usual things here; interior trim and electrical issues were the most commonly afflicted things that came up. Also, as rear visibility in this car isn't great, check for rear bumper damage and alloy wheel scuffs. Check for uneven panel gaps and paint flaws. Inspect the electrics and the air conditioning functionality - it should blow our really chilled air. And obviously insist on a fully stamped-up service history.

With this sixth generation E-Class Coupe, Mercedes made greater efforts to differentiate the driving experience from that of the Saloon. So the track is wider at the front and the rear than it was in the previous generation model and there's a 15mm lower ride height. Both were changes intended to make this car feel more planted through corners that might also see you noticing the slightly stiffer damping. In addition, the variable ratio steering was sharpened a little in comparison to the set-up used in the Saloon, in an attempt to make it feel more direct. It's not quite enough to make this car feel as responsive as pricier versions of slightly smaller coupe models like the BMW 4 Series and the Audi A5: there's more body lean and less steering feel than you'd get in cars of that kind. Still, specced correctly, this E-Class Coupe can still be quite rewarding to drive and through fast, flowing bends, has as fine a chassis balance as you could wish for. And of course for high speed motorway mileage, this car feels peerlessly refined and relaxed. Under the bonnet, most buyers will choose the volume engine, the 2.0-litre 194bhp four cylinder diesel powerplant introduced in the entry-level E220d variant for this design. It's still not quite as refined as we'd ideally like, but it's a responsive and efficient unit, capable of 61.4mpg on the combined cycle and 119g/km of CO2 (NEDC figures). 4MATIC 4WD was optional for original buyers. Few original buyers chose the petrol-powered four cylinder alternative, the 2.0-litre turbocharged 245bhp E300 model, which was only offered in standard rear-driven form. There was though, a little more interest in the V6 versions, both only offered in 4MATIC guise. There are three options at this level, the 258bhp E350d diesel, the 333bhp E400d diesel and the 333bhp E400 petrol model. In all three cases, you get as standard the 'AIR BODY CONTROL' air suspension system that's optional on the four cylinder derivatives. This set-up can be fine-tuned via the various settings of the 'DYNAMIC SELECT' driving modes system that influences throttle response, steering feedback and the reactions of the standard silky-smooth 9G-TRONIC PLUS nine-speed automatic gearbox that all E-Class Coupe models must have. In 2019, a top Mercedes-AMG E 53 variant was added to the range with a 435bhp mild hybrid petrol V6.

The improvements made to this MK6 model E-Class Coupe - the more efficient engines, the smarter looks, the extra technology - were certainly welcome but ultimately, the essence of this model's appeal changed very little in this form. It was launched to fully restore the powerful, luxurious, Grand Touring sports coupe brand values that Mercedes had unwisely compromised with the more cheaply underpinned models that directly preceded the introduction of this car. They didn't feel particularly special in the way that a larger, more luxurious Mercedes coupe always should. With this design, that was put right. It's certainly a package good enough to leave you questioning the need to spend double the amount on a larger S-Class Coupe model. So, how to sum up? Well, in driving this car and in owning it, you feel another, more elegant level away from owners of the brand's less aspirational C-Class Coupe. And a cut above the sporting two-door models that car competes with, coupes like BMW's 4 Series and Audi's A5. There's a maturity and a class here that these sportier rivals lack. They could never be considered as a wise and cost-efficient alternative to spending vastly more on, say, a Maserati GranTurismo or a BMW 8 Series. This Mercedes could be. And that about sums it up.